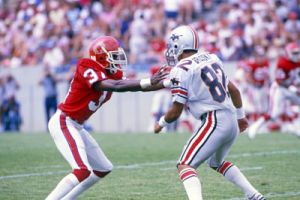 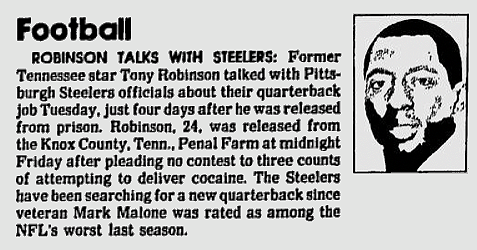 Walter Lewis threw three touchdown passes to lead Memphis to a 28-21 victory over the Tampa Bay Bandits Monday before a home crowd of 37,959.

The fifth-year veteran completed 23 of 34 passes for 358 yards with three touchdowns and three sacks.

The Showboats victory saw major contributions from newcomers Allen Harvin who rushed for 57 yards and ex-Bandit Willie Gillespie hauled in six receptions for 131 yards and one touchdown.

Ben Bennett, the former Duke star finished with 223 passing yards on 18-of-25 efficiency with one touchdown for the visitors. Greg Allen led all rushers with 109 yards on sixteen totes and one touchdown.

Bennett opened the scoring with a 22 yard touchdown pass to Larry Brodsky at the 8:44 mark of the first quarter.

The Showboats then ran off 20 straight points behind a pair of Brian Franco field goals and two Walter Lewis touchdown passes. The first an 18-yard strike to Derrick Crawford and the second a seven-yarder toveteran Frank Lockett.

The Bandits responded in the second-half with a pair of touchdown runs from Allen and Joe Dudek as they led 21-20 early in the final period.

The Showboats, however, sealed the win at the 5:02 mark when Lewis found Derrick Crawford on a 48-yard pass and a two-point conversion by Harvin.

“It's a great way to open the season,” said Memphis head coach Pepper Rodgers. “One chapter is written. But we have a few many more chapters to fill.”

In other Week #1 action:

Cliff Stoudt passed for 328 yards and three touchdowns leading Birmingham to a 24-22 come from behind win with new kicker David Trout hitting a 20-yard field goal with no time remaining.

Stallions’ receiver Greg Anderson caught a 52-yard touchdown pass from Stoudt to open the scoring and another in the third frame.

New Jersey quarterback Doug Flutie left the game due to injury at the end of the first quarter but the Generals’ rolled to a 38-26 victory behind veteran backup Matt Robinson.

Robinson tossed three touchdown passes in relief and ex-Giant Leon Perry added 130 rushing yards and a pair of touchdowns. Sam Bowers made his return to the Meadowlands finishing with eleven receptions for 174 yards and two touchdowns.

The new-look Jacksonville Bulls held on to defeat Baltimore as the Stars fell behind by a score of 34-6, before launching a furious rally in the second-half only to fall two points short.

Ex-Gambler Sam Harrell led all rushers with 150 yards on 14 carries and Vince Evans threw for 175 yards with one touchdown. 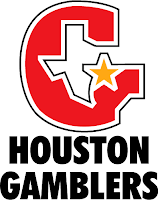 Sport Scene's Outlook: The Gamblers seem to be in a downward tailspin ever since losing Jim Kelly and his corps of receivers to the NFL.

Sport Scene’s Outlook: The Outlaws head to Oklahoma after the demise of the Arizona franchise. The team is led by ex-Steelers assistant Woody Widenhofer and has brought in a number of regional players to give the team a local flavor. 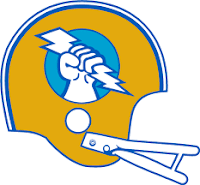 Sport Scene’s Outlook: Many questions to answer as the Invaders prepare for the season. The most important of which is can head coach Jim Stanley avoid a quarterback controversy after the teams' acquisition of veteran pivot Ed Luther from Jacksonville. If so, the Invaders are well positioned for a playoff run.

Sport Scene's Outlook: The defending champions will again be led by league MVP Walter Lewis and innovative head coach Pepper Rodgers. Look for the ‘Boats to make another solid run at the league championship.

Sport Scene's Outlook: The acquisition of star wideout Eric Truvillion should bring a spark to an already potent offense. Look for the Stallions to again compete for the division crown.

Sport Scene's Outlook: The ‘Gades have had more turnover this off-season than most. Reggie Collier returns after a two-year stint in the NFL and CFL, so look for him to share the starters’ role with veteran John Reaves.

Head coach Lee Corso led a team of over-achievers last season who battled Memphis for the division title. Another playoff run is not out of the questiion, but the ‘Gades will face stiffer competition with the rise of Jacksonville and New Jersey.

Sport Scene's Outlook: The Stars are an over aged club in need of an influx of youth. The addition of free agents FB Greg Boone and TE Mark Raugh should give the offense a boost, but the defense remains suspect due to the loss of star power to the NFL.

Sport Scene's Outlook: The Bandits have great depth on both sides of the ball and will again challenge for the division crown.

Sport Scene's Outlook: Another disappointing campaign in 1987 led the team to replace head coach Craig Morton with Chris Palmer. The addition of two-way player Gordie Lockbaum brings a sense of excitement as the team prepares for the upcoming season.

Sport Scene's Outlook: The merger with Denver has led to a complete makeover in Jacksonville.

Look for the Bulls’ offense to continue to excel with Vince Evans and Bob Gagliano having replaced last years’ starter Ed Luther who was traded to Oakland.

If the defense improves over last years’ squad, Jacksonville should challenge for the division crown. 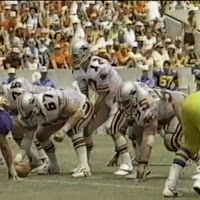 Kelley, 29, spent last season with the Memphis Showboats before moving on to the San Diego Chargers during the NFL strike games. Kelley started his career with the Bandits back in 1983 after geing drafted out of Geogia Tech.

Last season, Kelley passed for 987 yards with eight touchdowns and four picks while a backup to Walter Lewis. Kelley now joins Ben Bennett and Jimmy Jordan on the Bandits' roster.

After the season, he joined the Chargers where he passed for 305 yards with one touchdown and no interceptions. Kelley started one of the NFL strike games before being supplanted by Rick Neuheisel.

A sixth-round draft choice of the Atlanta Falcons in 1982, he has also played for the Saskatchewan Roughriders of the Canadian Football League, along with his USFL stints which include stops in Tampa, Memphis and Oakland.

Koonce who has been with the Bandits on and off since he was drafted by the Bandits out of Florida A&M in 1983 has said that he will most likely retire after his most recent demotion. 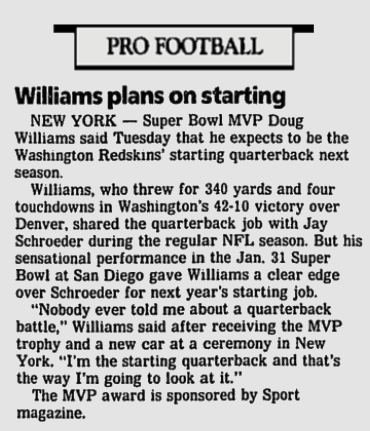 Campbell, a 6-foot-0, 195-pounder, started his career with the Pittsburgh Steelers in 1984, before moving on to the Falcons. He was a fourth round draft selection by the Stars in the 1984 USFL draft. Campbell, who signed a two-year contract, will report to the Stars for practice Monday.

“We're very happy to have Scott Campbell join our team,”said Carl Peterson, the Stars president and director of football operations. “Adding Scott to our team will provide additional competiton at the quarterback position.”

The Stars are led by veteran pivot Chuck Fusina, but he has been out with an injured foot during most of the early season workouts. The team also has veteran Tom Rozantz and newcomer Scott Stankavage on their pre-season roster. 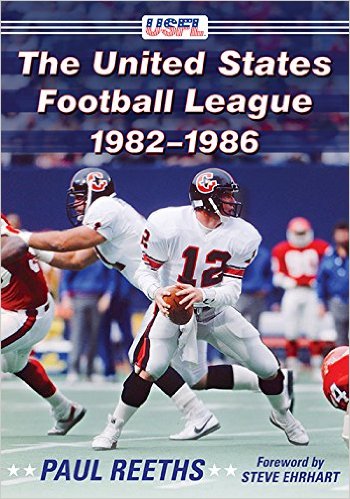 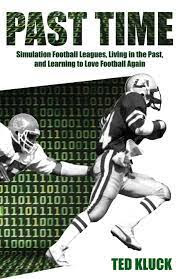